Thanks to 5 119 Growfunders, 92 % of launched campaigns were succesful this year. On average, a succesful campaign got 116% of the  recolted amount. We are building the city together !

Let’s keep on building the city together!

Have a look at the range of projects that have emerged and / or received a helping hand this year! 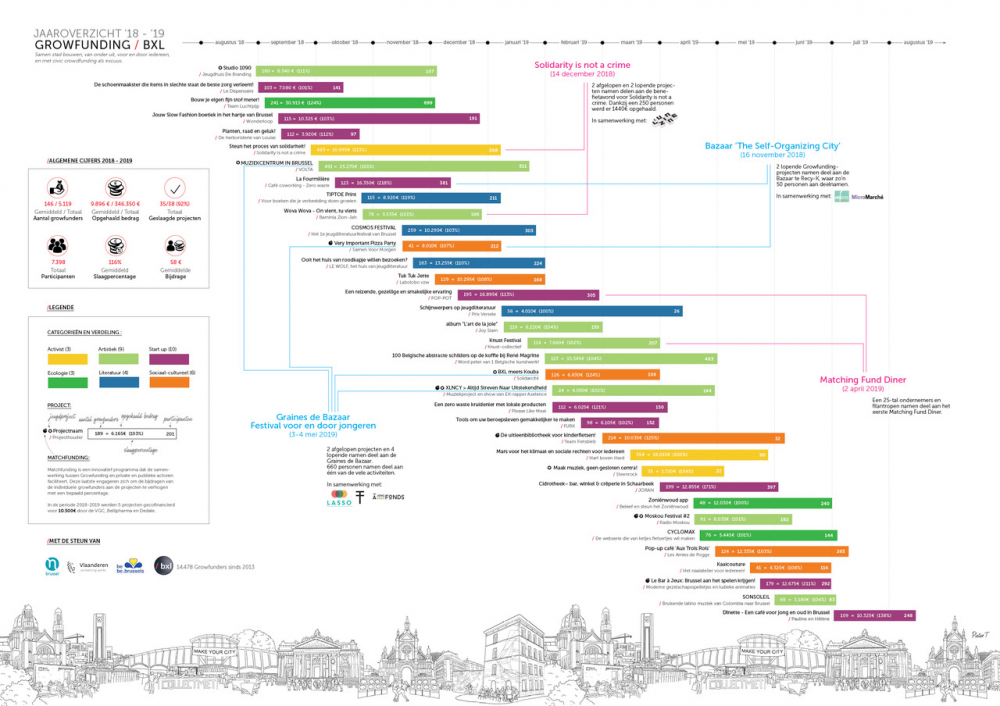 At the end of 2012, the European Social Fund approved the project application of the MIRO research group, which is affiliated with the Social Work programme at Odisee University College (formerly HUBrussel). The researchers were given a year to formulate an answer to the following question:

“How can crowdfunding be used to capitalise on the city’s social, cultural and economic potential?” 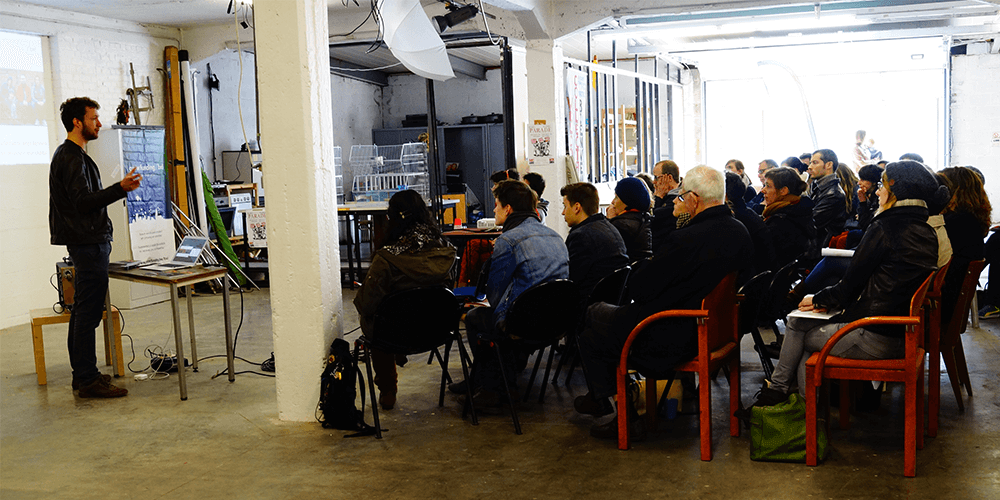 The idea was to develop a blueprint for a social-innovative crowdfunding platform, that was tailor-made for the city, with the support of five Brussels partners (Beursschouwburg, Cultuurnet, Globe Aroma, Met-X and SoCrowd) and the Dutch crowdfunding platform Voordekunst.nl.

The researchers launched a pilot phase in the Brussels context, with the financial support of the then Flemish Minister for Brussels, Pascal Smet. From December 2013 until February 2014, they launched thirteen small-scale Brussels projects. In just three months’ time, 1,440 growfunders funded the projects to the tune of 66,600 euros. Eight of the thirteen projects were successfully implemented.

Based on the research results and the experience acquired during the pilot phase, Growfunding finally went online in October 2014. Since then we have launched 55 projects (July 2016). In the past year, from September 2015 until July 2016, the success rate was an amazing 94%.

As a result of practice-oriented research, Growfunding was embedded in the Odisee University College, campus Brussels. As of 2017, Growfunding will become a fully independent spin-off in a bilingual vzw/asbl (not-for-profit) structure thanks to a structural grant from the Brussels Urban Development Fund (VGC).